My 16 month old baby puked cows milk and dinner in my hair. Ya. Nowhere near wash day, on a Monday morning, in the winter at -5 degrees outside. May the hair Gods spare me any surprises after this...
This is what I use on my daughter. So I took enough to cover my baby fingertip, added water, shook it up and cleansed my scalp only, as usual, and the darned puke spot... Did I mention he's 16 months old, had lasagna for dinner, and refused to be burped last night because he was so tired. Ya. My fault. Grrr......
So I'm washed, I've finger curled my hair in sections in case I need to diffuse it dry before heading out in the cold (instead of plopping to dry).   I can't put it up because the ACV needs to air dry. Man oh man.... Good thing he's cute!
Not the best start to me week let's just say.
Jan 24th update - day 4:

My scalp is crazy oily after using low poo. It's day 4, right on schedule and it's 2am and I've been up scratching and then brushing for 7 minutes and I still feel oily. Interestingly enough I had the opposite problem after just washing, I had all kinds of flyaways and a dry feeling scalp that I haven't seem in months and had to use aloe to tame them. Perhaps aloe so early after a scalp wash contributed to the oiliness, and perhaps the argan oil and whatever else was in it was too much for my already transitioned hair.

I'm annoyed that I had such a great thing going, only recently transitioned and in the dead of winter with -27 degree temps before windchill, and my previously dry hair was happy & healthy and at the point where I barely added any oil except to my untrimmed ends.

So, low poo... Feels like a fail, glad I got to try it due to the desperate circumstances, I'm really not interested though. I'll stick to my SoapNuts, egg and Castille soap bar options for cleansing since they're working.
Posted by NikkiM 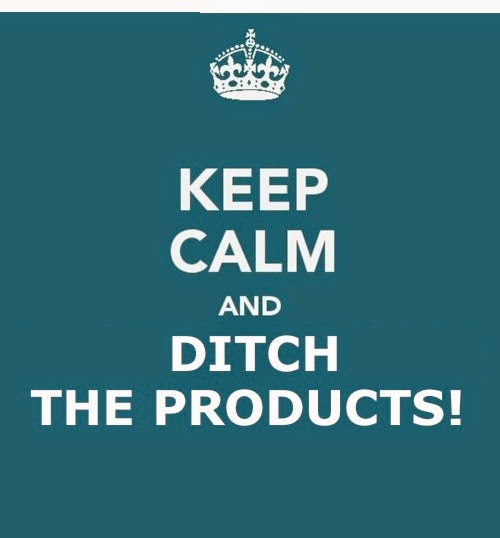